Why you should reduce food waste in your restaurant 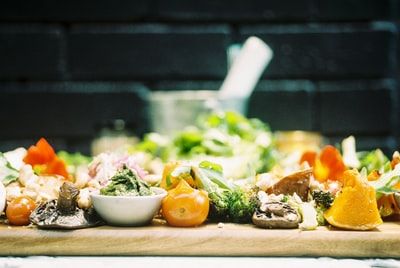 Why is it even important? Are there other than economical reasons? And is it going to compromise on the quality? (spoiler: it won’t)

By now you probably know that waste in general, and especially food waste is becoming an increasing problem. The world is literally covered in waste and the lucky people who live in first world countries are successfully covering their eyes and pretending it’s not even that big deal.

There is always something more important to deal with than the waste you create, so it’s never really your priority. Although this article will be focused primarily on food waste, the same principle applies to general waste as well.

Let’s draw up a theoretical situation. It’s 2025 and the government has introduced a new food waste tax based on the weight of the food waste you produce daily. Every food item that you have ordered is automatically added to the system by its weight so it’s known how much food you have in stock.

Every time the garbage truck comes around, your separated food waste would be put on a scale, counted and you would pay an additional tax per every kilogram of food waste.
How would you perform? Even if there would be a 10% allowance for food waste, do you know how much it would cost you?

Do you know how much food waste you create daily?

Most of the business owners or even head chefs don’t know. There is a little bit of spoilage here, then a cook made a mistake on the order, then the chef didn’t scrape out the bowl the tenth time a day or the commis have prepped four times the amount required and two days later it went to the bin. It all adds up.

You might have counted your food waste into the margins, but let me tell you I haven’t seen a single restaurant that wouldn’t by far exceed the amount of anticipated food waste. Oh but wait, maybe your menu isn’t even smartly designed to keep your food waste to the minimum, so now you have a bigger issue.

Sticking to the idea that you will eventually have to pay tax by weight of your food waste, it pushes the food waste solution up on the priority list. There is no quick-fix solution and simply telling your staff to waste less is not going to help. So what will? Values. It’s not the motivation, not the advice and not the tips that change things. It’s the belief in doing something. Values create beliefs, beliefs create habits, and habits create changes.

I have not only worked in a zero-waste restaurant, but I have also opened my very own zero-waste restaurant, and without having strong values and beliefs, the achievements wouldn’t be achieved. If your staff, including the management, doesn't believe that reducing your food waste is important then you will never reduce your waste.
No amount of effort or money spent on waste solutions will bring the expected results if you don’t take pride in what you are doing.


Maybe you run a very profitable business and you say that you don’t need to reduce your waste to save money, but food waste is not (only) about money. Recent studies show that more than a third of customers not only prefer to spend their money with a sustainable business, but they are also willing to pay more if they know that the business is environmentally conscious.

The way the consumer makes their decision to eat out or shop is ever-changing and putting your efforts in the right place can increase your popularity and profitability.

Wouldn’t you like to be labelled as ‘the restaurant that makes positive changes during the hardest times’ or ‘the business that is improving its practices amidst the challenging period’? Wouldn’t you be proud of making a contribution to reducing your emissions? Though the real question is, do you want to be one of the leaders, or do you want to jump on the train as the last guy?